Apache is generally recognized as the world's most popular Web server (HTTP server). Originally designed for Unix environments, the Apache Web server has been ported to Windows and other network operating systems. The name "Apache" derives from the word "patchy" that the Apache developers used to describe early versions of their software.

The Apache Web server provides a full range of Web server features, including CGI, SSL, and virtual domains. Apache also supports plug-in modules for extensibility. Apache is free software, distributed by the Apache Software Foundation that promotes various free and open source advanced Web technologies.
In Order to configure Apache with Weblogic Server we need
1.  Weblogic Server domain created with at least 2 managed server in a cluster
2.Apache Installed on the System
3,Plug in based on the Apache Version 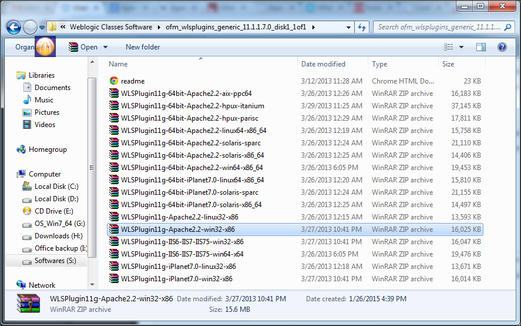 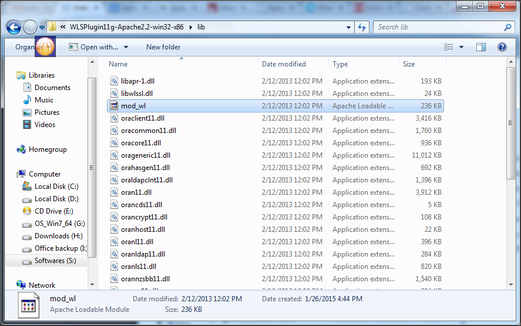 Extract the Plugin in 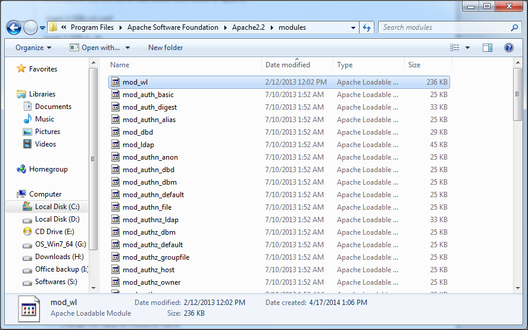 The most important configuration file of Apache is httpd.conf
Before making any changes please take the backup of the file.

Open the httpd.conf file and add the below line after copying the mod_wl.so file in modules folder .
The location of httpd.conf file is
C:\Program Files\Apache Software Foundation\Apache2.2\conf 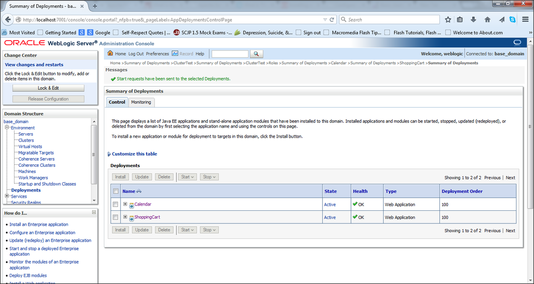 Make sure the application are in active state.

Now open the httpd.conf file and we have to add the application context root and the location where the request should be passed .
For accessing the Console using apache
<Location /console>
SetHandler weblogic-handler
WebLogicHost localhost
WebLogicPort 7001
Debug ALL
</Location>

Save the configuration and Restart the Apache Web Server

Now We can access our application via the Apache just by giving the context root and Apache will decide to send the request to the desired managed Server which we have configured in the httpd.conf file.

In Order to troubleshoot any issue on Web server we have some parameter and Logs which we use. 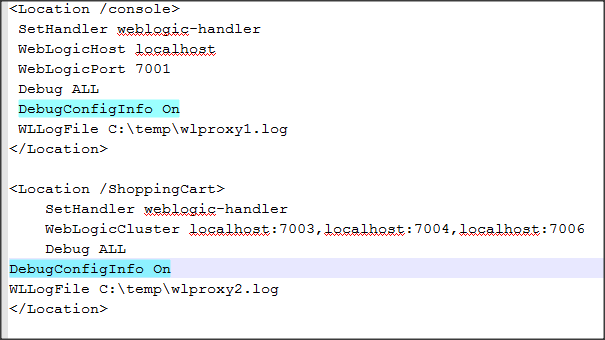 Now you will get all the information about the parameters being picked up.
To check the parameter use the below URL
http://localhost/console?__WebLogicBridgeConfig 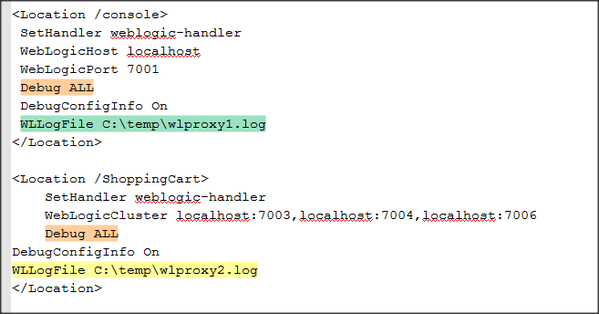 To Get the access logs from Apache We can use the following parameter and we will get the logs to view how the page was rendered. 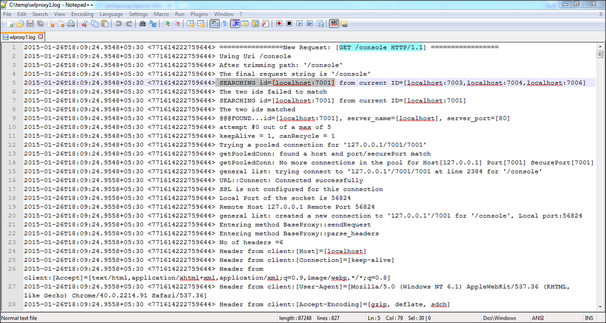 You can go and check the log file for any issue and rectify it.