•Thread dumps are one of the primary and most resourceful pieces of data used for debugging.
•Can be used in a variety of scenarios for debugging all java based applications.
•Thread dumps primarily used to debug run-time state of a JVM (Java Virtual Machine).
•Thread dump is a real-time snapshot of JVM processing.

•Snapshot of all threads in the JVM process.
•Provides the state of each thread along with the stack trace associated with the same.
•Thread stack contains the method execution sequence that the thread has undertaken till that point in time.
•The stack populates with sequential method execution.
•The stack unwinds when the methods return in a reverse sequence.
•Thread dump reveals information about the application’s thread activity as well. 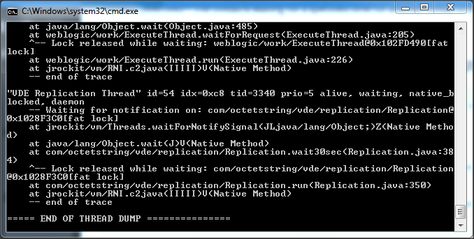 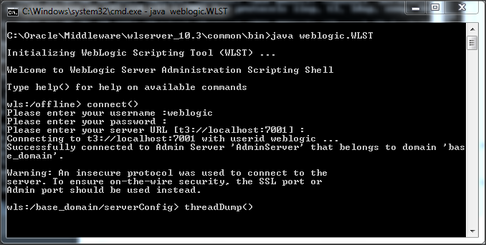 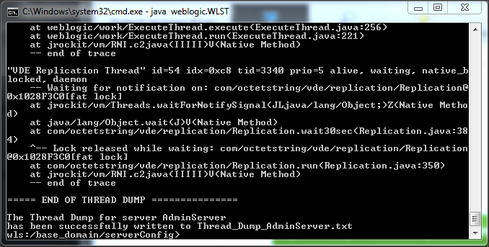 The thread dump will be generated in Thread_Dump_AdminServer.txt.  at the location C:\Oracle\Middleware\wlserver_10.3\common\bin 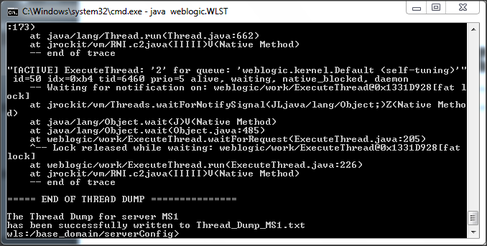 The thread dump will be generated in Thread_Dump_MS1.txt.  at the location C:\Oracle\Middleware\wlserver_10.3\common\bin 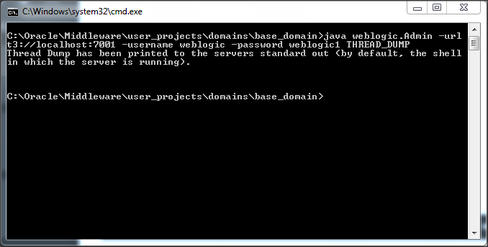 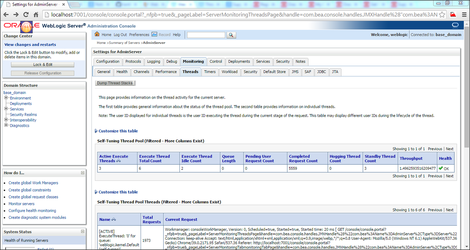 4..From the WLS Administration Console, a thread dump can be created by navigating to Server -> <server_name> -> Monitoring ->Threads -> Dump threads stack. This method could lead to truncated or incomplete thread dumps 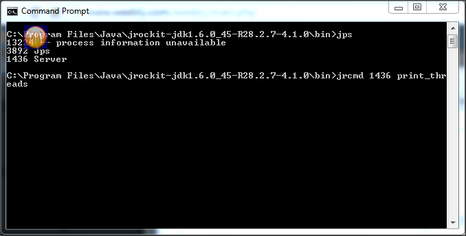 Tools for Analysis of Thread dumps

•ThreadLogic  - The most powerful tool for thread dump analysis. Useful to mine thread dumps in addition to providing advisories based on pattern analysis. Great support for WLS. Developed by Oracle A-Team.
•Samurai – A pretty old but useful utility to analyze multiple thread dumps.
•Thread Dump analyzers provided by multiple vendors. IBM JCA Thread Analyzer being a good example.
•Notepad – probably the best way to look at thread dumps to try and get to understand the nitty-gritty of analysis.
WebLogic Server 12c Essentials (1Z0-599) - ProProfs
page counters